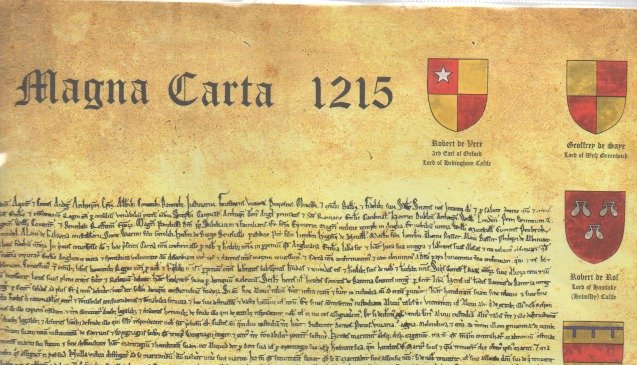 We are increasingly having to reconcile, the more we read into this material, two ideals that appear to contradict each other. It has always been the intention of the New Chartist Movement (and the British Constitution Group) to help awaken people to deliberate and intentional obfuscations that have led us to the temporary loss of our democratic constitutional state structure and the emplacement of a fraudulent money system. And, thence to bring about a restoration of the Common Law system that was always meant to be operating. What appears to be emerging is that the ideal that we may have regarded involving a 'well behaved' and limited government that legitimately recognises the sovereignty of the people, might now only be a stepping stone to something quite different.

Really, we are all freedom spirits at heart, and true freedom in society might involve no government whatsoever - at least not in the sense that most of us see it. For some, this might be one uncomfortable step too far at this stage, but the more we look into this material, the more we are questioning the legitimacy of even the concept of government itself. Regardless of this, the returning of our government system in the UK to the condition in which it should be: acting lawfully and properly bound by the Common Law as was re-asserted by the original 1215 Great Charter, is still critically important, even if we ultimately aim to end up somewhere beyond.

You can see when reading the first section, how an understanding of Natural Law (as informed by the knowledge from the ancient mystery traditions) leads us to what most would regard as a more extreme position than that which we would reach by merely restoring our existing Common Law constitution. This raw expression of Natural Law (rather than perhaps those of the more 'statist' flavours that came from the English thinkers), tends to lead one to more radical, anarchist conclusions that 'government' and state authority are incompatible concepts with our true state of being. The heart of this seems to be the issue of the 'social contract'; the idea that, at least to some extent, man 'gives up' or cedes part of his freedoms to a government system in which order is maintained for society. This is where the contradiction seems to emerge, and true anarchists would argue that this is why government is an illegitimate concept.

However, in any case, what the New Chartist movement is helping to restore, along with Kenn d'Oudney's Democracy Defined Campaign, is possibly the only form of government that has ever existed which could claim to have legitimacy even within the true Natural Law model, as, strictly speaking, all government's actions remain subservient to the common people through the authority of the Common Law Jury. All legislation that the people regard as unjust could be struck off, thus firmly placing the sovereignty back into the hands of the people. Most people fail to understand the true power of this system for the people - and this already existed way back in the late Saxon period and before.

The sections that follow try to break down how things are supposed to function as we understand it. (There is always room for debate following more research, thinking and discussion perhaps causing our position to change.) The first section attempts to lay out the essentials of Natural Law, which is really the system of absolute morality that our conscience taps into when forming Common Law decisions as jurors.

The sections that follow, lay out how our government (and state as a whole) is supposed to function within the Common Law Trial by Jury system outlined in the 1215 Great Charter. In other words, how the UK constitution actually should work - not how we are constantly told it does. Hopefully this will clarify some confusion for many in this area.