What's going on across the pond

It is now probably beginning to look more than a little odd that nothing has yet been written about the events in America on this website. Well let's address that now.

All of us at the British Constitution Group and the New Chartist Movement have been at least following in a cursory way the events of the last few months and years in America. Some of us more deeply that others but it has always been our intention to keep this site relatively focussed on British concerns and, more specifically, our Common Law Constitution.

However it has got well past the point of needing to address this as it will affect us very profoundly. Those of us who have, indeed, been aware of the positive military-backed counter-movement against the deep state in America and the phenomenon of Q and the patriot 'movement' as a whole, have resisted addressing this on this platform because it could easily have become a distraction. And, to be fair, none of us really knew for sure that this was for real.

Lou Collins has done more research into this area than any of us and we would urge you to listen/read from her site about this topic, especially on the more recent information.

Be aware that Lou has not shied away from delving into the darkest aspects of this involving the rape and torture of children, satanic ritual abuse and more. But, as she often says, we must face this. I am sure that the connection of those subjects to the exposure of what is unfolding in America is not not lost on anyone remotely awake.

If you would like a more academic but fascinating take on the Q movement, I would highly recommend you download and read Martin Geddes' 10 short essays 'OnQ'.
https://www.onq.martingeddes.com

Martin, educated at Oxford University, is a writer, speaker and technologist who advises the technology industry on future trends in communication: a perfect man to explain the subtleties, effects and implications of the Q phenomenon. His essays are easy to read and a great way to get yourself up to speed on this subject.

So, I am not going to go into this subject of what is happening in the US in massive detail as others will lay it all out better, but here's my quick summary. This information will be about 24 hours out of date due to a very busy weekend and many more things have happened today which I haven't picked up yet!

There has been an attempted and nearly successful coup d'etat of the United States of America. It appears to us as though it might still be on a knife edge. This has occurred through a covert, non-hot, information war   instigated by the 'Deep State' whose main foreign actor (although certainly not the only one) appears to be China - specifically the Chinese Communist Party.

The suggestion by many is that 'White-hat' military insiders have been dropping intel through the Q team using a series of drops on  message boards such as 4Chan, 8Chan and 8Kun in order to communicate with the 'awake' anons with the intention of passing information to the people and creating an awakening. Interestingly, this has been quite different from the work of the more 'traditional' truthers who have been exploring this information for longer perhaps. 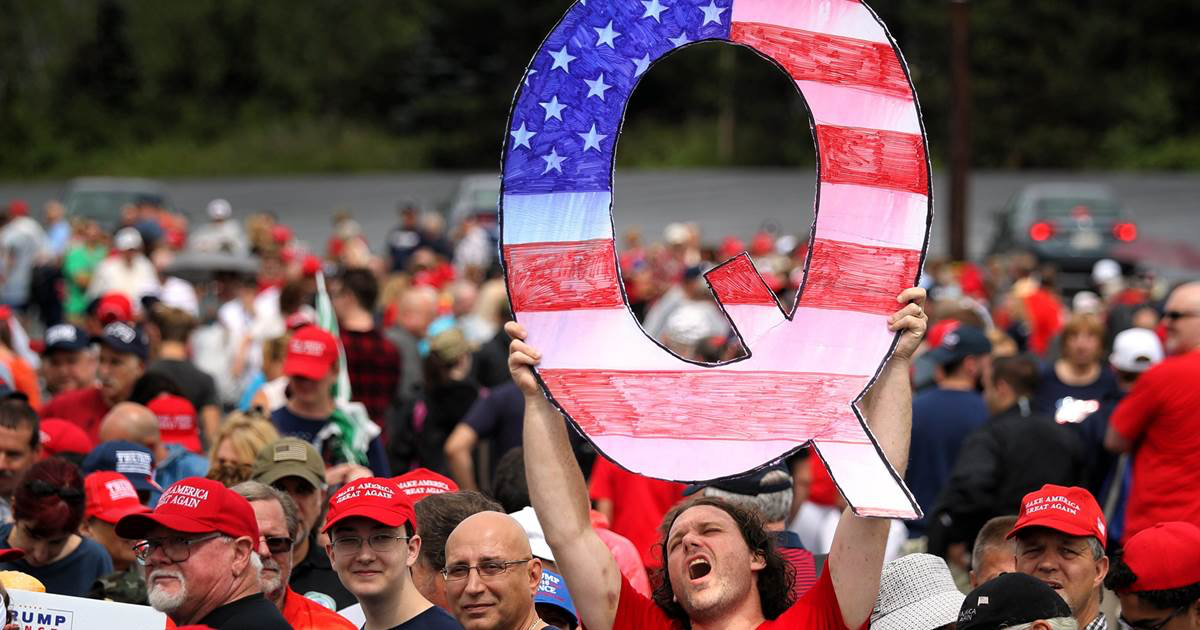 This is more about information warfare, pattern recognition, drips of information, clues, numerology. There is a lot of smoke and mirrors, game-playing and acting. Half truths is normal. Spotting connections across time is also necessary: 'future proves past' is a popularly echoed Q quote.

Q's educating of the people has been described as a positive psy-op designed to get people to start questioning and investigating information for themselves, join the dots and make connections. This has led to a broader, Trump-supporting movement characterised by MAGA (Make America Great Again'). 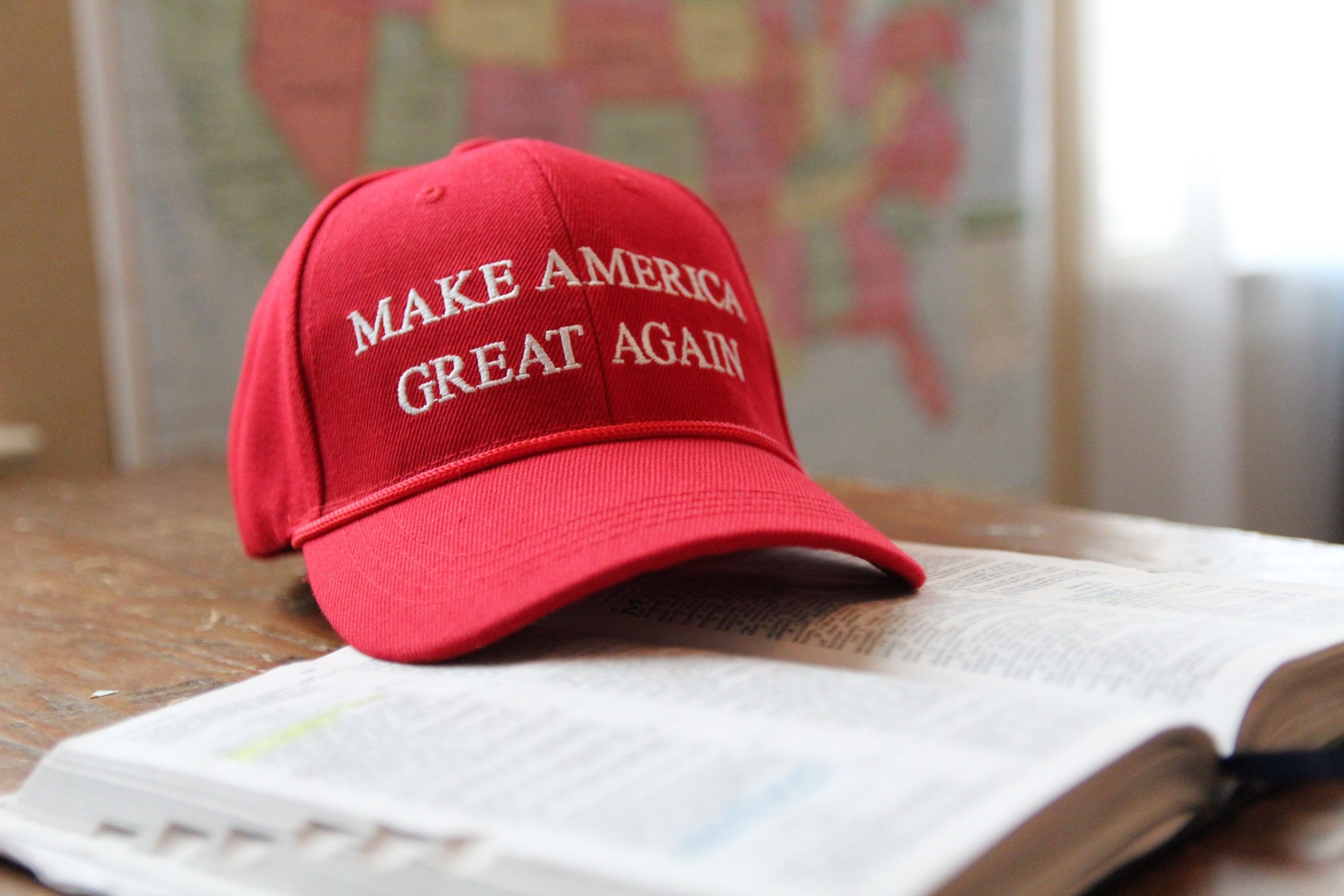 The White-hat counter movement expressed by the infamous Q drops appears to be real and this is addressed implicitly by General McInerney:

Events seem to have reached a point at which the general basis of this cannot be denied.

The corruption and fraud that took place during the election was detected and recorded on a far more massive scale that was previously understood. It was necessary for the Trump team to allow the deep state actors to commit crimes at every level and stage and the White Hats needed to prove treason - right to the very top, by exhausting every legal process, whether in the courts, the states, the house of representatives, the senate or the Supreme Court. This culminated in the events on the 6th Jan when the White Hats appeared (in the end) to have conducted a sting operation on the entire machinery of government. The State Capital, it seems, became one big crime scene and it looks like 80% of congress is corrupt at some level.

It also appears that some sort of elite military detachment was in congress on the 6th and took the laptop(s) of politicians (including that of Nancy Pelosi) whilst members of congress made themselves scarce due to their manufactured 'break-in' using Antifa/BLM. 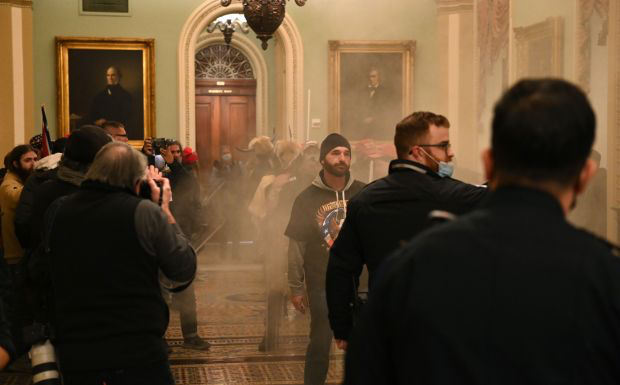 Further still, evidence has come to light that the Italian government may have been involved (perhaps with 2 British assets and the Vatican) in the manipulation of voting data during the election.

This ultimately means that this is now out of Trump's jurisdiction - it is now a concern of the last remaining oath-taker; the military, to protect America and its constitution.

All of these events appear to be following a precise pattern that was predicted by Q some months ago. Going by that same information, the military, who are most likely in command of the situation, will now drop huge information bombs in the form of a declassification dump through military/alternative information channels.

It has not been lost on many, that the information suppression and 'purge'  is well underway and the social media accounts of hundreds of conservative and patriot commentators have been taken down.

Many of us know well the connection between all of this, Covid19, and the collectivist/globalist plot of the Great Reset.

We are in for an interesting 10 days to 2 weeks, certainly. Please do investigate the above links for yourselves: I am certain you will discover a great deal more than I have.

Stay strong and blessings to all - especially those in America - and to the American family I met on the beach yesterday who are stuck over here for the moment!

Common Law Constitutional Emergency
The Word on the Street
MPs who Destroy the Jobs of Others Should Lose Theirs... So I Beg and Urge You to Write to Yours, Says Peter Hitchens