I don’t normally kick-off like this against my fellow man. I’m normally a guy of decorum and politeness, but I’m really getting a bit edgy about this now.

I’m talking about the increasing lunacy and apathy of the people around me. I’m sick of their total lack of courage and I’m increasingly looking at them with disdain and contempt. If that sounds a bit strong, let me balance it up a bit by explaining my ‘schizophrenia’ on this. At other times, I’m the opposite, in an almost teary-eyed moment I almost want to put my arms around them and tell them not to be frightened and to explain that it’s OK - this whole Covid thing is a pantomime - along with practically everything else they believe through official channels of information.

But I’ve had a weekend of walking past people who I see as less than human. Maybe it’s a good thing they are wearing masks - even outside in the fresh air! - so that I can’t see their loose, limp upper lip (that was once stiff) drooping around their characterless face. Even people's behaviour is changing. Increasingly, I’m finding people I pass as gauche and awkward, sometimes even looking scared that I've said 'Good morning'. Part of me wants to reach out to them, the other part is close to snapping at them something like ‘For God sake, take that mask off, you sorry excuse for a human being. Get off your knees and grow a backbone again.’ 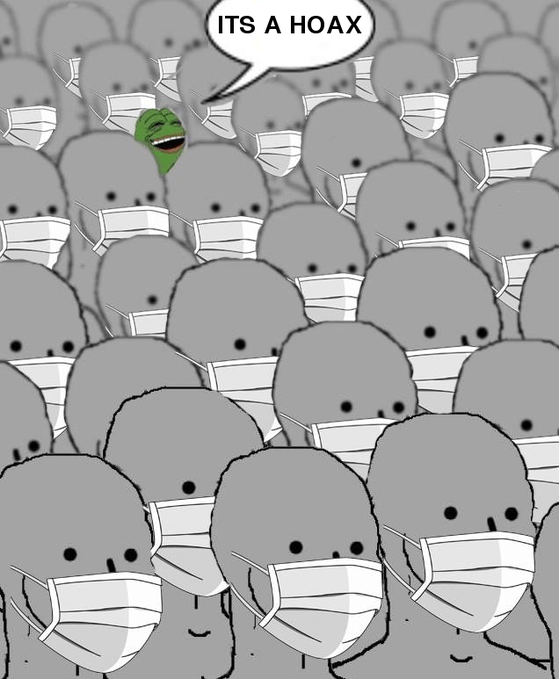 Sorry if this is a bit of an out–of–character rant but people need to regain not only their humanity but perhaps even a little of that once great British humour and cynicism.

If we have to educate people in this society about their Common Law constitution that places them as sovereigns in authority over their own government, what do you think will be the reaction from the majority. ‘What?! Stand up and question what I’m being told? Question the authorities?’. Let alone helping to strike off an ill thought-through statute when on a jury!

I wonder how upper middle class ‘Felicity Hughes-Chamberlain’ (made-up name) in my village is going to react to this information as someone who insists on wearing a mask alone in her own car.

Or the Farquesons who, as approaching me along the pavement, embark on a wide arc out into the road around the parked cars, so as to avoid the inevitable infection they will get from me, the irresponsible, unmasked man. Geez! Can you imagine these people as sovereigns!

And then there’s the shopping experience in Morrisons. As I emerge around the end of the grocery aisle I smile unmasked at a father and child looking terrified as they hurl themselves into the shelves of Baked Bean tins. (I think we’ve all got quite good at reading eyes now - maybe that’s the benefit of this embarrassing chapter of our human history.)

I know I'm preaching to the choir, but I’m not impressed. By now people really have had long enough to read the tea leaves and pick up the information around them. It is now time to call out ignorance for what it really means. As the great speaker on Natural Law Mark Passio points out, the word ignorance derives from the Latin word 'Ignorare' - to be unaware, but specifically, by disregarding or even rejecting information that is present. The word ‘ignore’ is the base word of ignorance. People around us are ignoring the ample clues and information around them to make sense of what is really happening. As Passio says, ‘We are drowning in information’. There is no excuse anymore.

I’ve had enough of this because they are responsible for our collective enslavement and they are missing one entire side of human behaviour: the sacred masculine. The side of us all that drives us to self defence and generates the much needed righteous anger when we are in danger of losing our liberties.

Their fear is as much about having to face the possibility that they have been scammed on a massive scale as it is about Covid as a deadly virus.

Well, instead of a vaccine, let’s feed them the tonic they really need: the information about the British Common Law Constitution. We’ve got to help get these people back on their feet again.

The news about our Constitution is incredible. Massive power and authority is invested in the people in our system of law, so let’s give them that good news and get them fighting again. Tell them to take that mask off so we can see their stiff upper lip once more.

Not directly related to my rant but a good meme I came across today!... 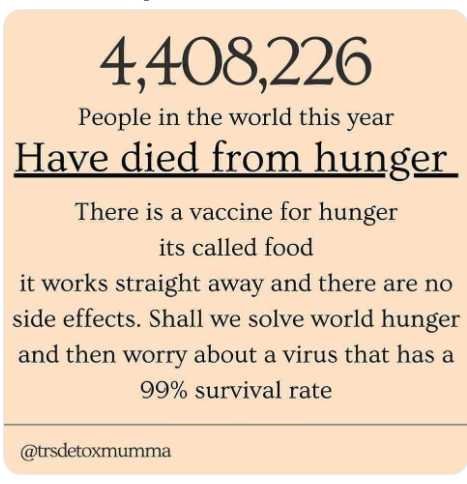