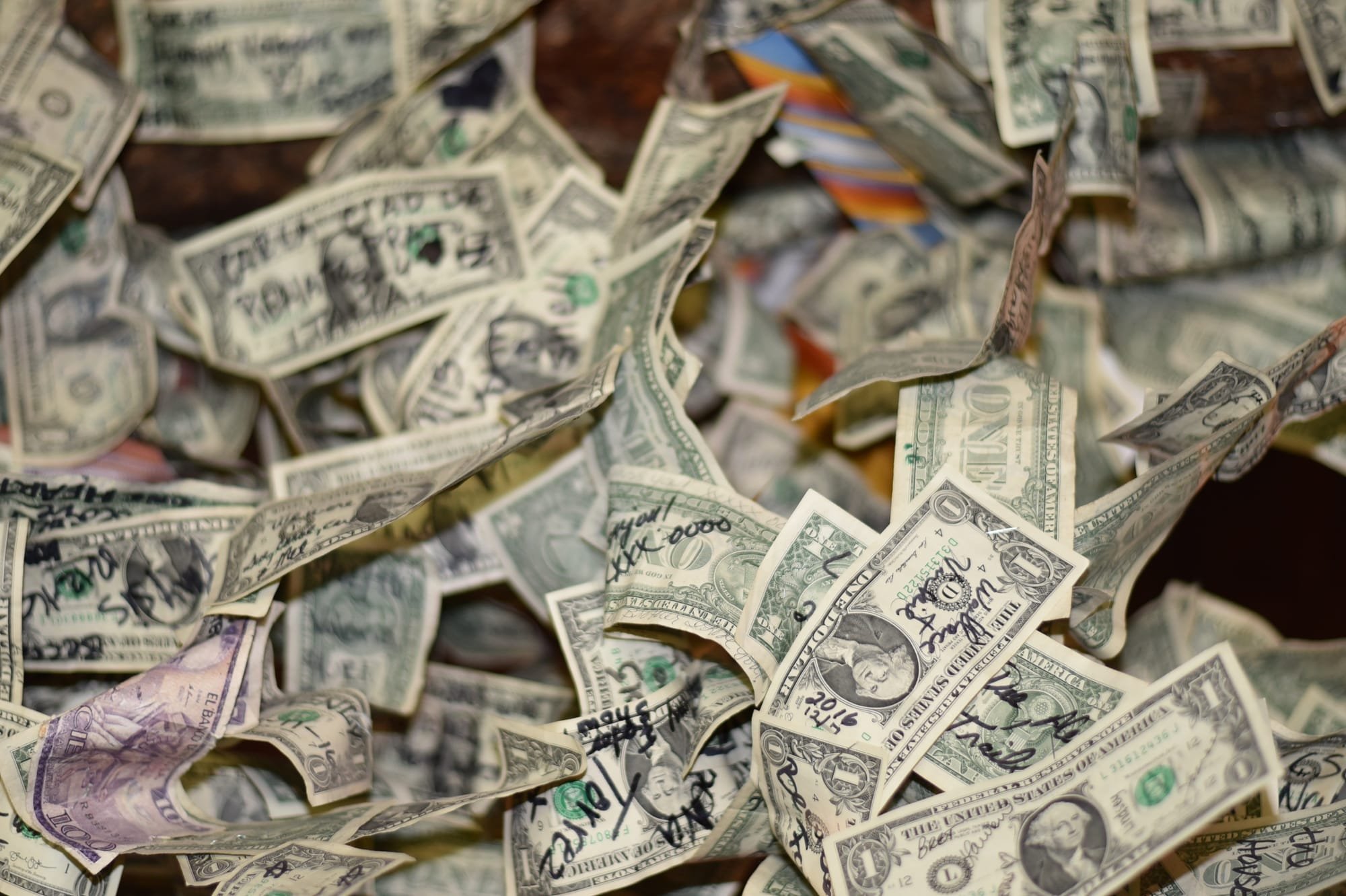 We are told, ad nauseam, by our supposedly ‘educated’ betters, that in order to raise the money needed for government expenditure, we all have to be taxed to raise the revenue needed.  This is, to put it bluntly, provable and utter nonsense!  We are all being lied to and deceived on a truly massive scale by our supposed ‘servants’ in Parliament.  And we have an actual historical precedent to prove this point completely. System-serving economists attempting to rubbish the facts that follow in this article are provably 100% wrong and if they persist in denying the completely verifiable truth about money creation and money supply, then they should be given their P45s and shown the door!

Now, when it comes to computers, we all know that if you put rubbish in you will get rubbish out.  Well, this same common-sense principle applies to academia.  Today’s students of economics and politics are all fed rubbish and untruths by academics who are either simply repeating in good faith what they have been taught or they are fully aware of what the actual truth is about money creation and money supply but are happy to deceive their students in order to keep the present usury-based and fraudulent financial system intact and functioning whilst protecting their jobs, pensions, ‘gongs’ and other ‘privileges’.  And when these political and economic students graduate, they then become the next generation of programmed ‘useful idiots’ to perpetuate the great lie about money creation and money supply, not to mention the whole subject of taxation itself.

So, what is this banking and financial ‘system’ that continues to be protected by public ignorance – public ignorance that is kept in place by lies, fraud, deception and even entrapment?  Very simply, it is a political and economic system that allows the ‘one per cent’ to completely enslave, control and dominate the rest of us.  It is a system whereby a tiny handful of unelected, unaccountable and extremely powerful individuals decide just how much, or more accurately, just how little money the world has to spend.  It is a system that allows the bankers to profit from usury by simply creating their ‘loans’ completely out of thin air as debt.  It is all completely insane.  And it’s all completely unlawful!  The time has now come to expose, collapse and annul this system peacefully and permanently.

But before explaining how Britain can detach itself from this criminal system of control almost overnight, we need to understand what ‘money’ actually is.  Forget what the programmed ‘useful idiot’ economists will try and tell you, this is the common-sense definition used by people who know the truth – “money is simply a convenient unit of exchange for goods and services that people have complete confidence in”.  That’s it!  Money hasn’t always been in coins and paper notes - in many societies various items have been used as ‘convenient units of exchange’ including sea-shells, salt and even carved pieces of wood such as tally sticks which were used in England for hundreds of years.  But today we see every effort being made by the elitist bankers and their ‘bought’ politicians to make money completely invisible and impersonal by forcing humanity to accept electronic and digital currencies completely under their control –  a ‘cash free society’, what a wonderful way with which to centrally control everyone’s everyday lives.  Big Brother is indeed here!  And we’ve only ourselves to blame - our collective ignorance has let us down!

Currently, our devious, self-serving, programmed and, in many cases, treasonous politicians - without any exception at all - tell us that we must all be taxed in order to raise the money or revenue needed to pay for the ‘good’ governance of our country.  And when government expenditure outweighs taxation receipts, we are told that the difference – that is the ‘Deficit’ or the ‘Public Sector Borrowing Requirement’ – must be borrowed at interest from the private financial and banking sector who, as previously stated, create their money completely out of thin air as debt.

So, here’s now the simple truth that you will not hear from mainstream academics nor from bankers or controlled politicians: Any, repeat any, sovereign nation in the world does not have to borrow money - it has the absolute right and power to create, issue and control all of its own money through its treasury – money that is both debt-free and interest-free and which is value-based as it is drawn from the wealth and labour potential of that nation.  This fiscal means (known now by money reformers as ‘Sovereign National Credit’) is recognised within HM Treasury as M0…and it was practised on a very large scale to save the nation from economic collapse at the outbreak of the First World War.  Please look up the historical facts about the 1914 Treasury-issued Bradbury Pound – something that the BCG was made aware of by a retired Director of the Bank of England who informed us that if the British people restored this simple fiscal measure (the elusive and legendary ‘Magic Money Tree’), all of Britain’s economic woes would be instantly sorted.

We now know for certain, that the immediate restoration of the Bradbury Pound would make sure that there would be sufficient debt-free and interest-free money for what’s needed for the NHS and Social Care; for restoring our armed services to the levels needed to protect our nation’s sovereignty and maritime trade; for ensuring that all education is completely free at source; and for meeting the costs of national infrastructure projects along with protecting Britain’s strategic industries such as steel making and shipbuilding.  It is all just simple common sense and it would completely guarantee the long-term security, prosperity and happiness of our nation.  This means that the ‘ninety-nine per cent’ (that’s us) would be in complete control rather than the City of London and the shadowy and secretive Bank for International Settlements – a private central bank based in Switzerland that hardly anybody has ever heard of but which has given itself diplomatic immunity whilst controlling sixty national central banks (including the Bank of England and the Federal Reserve) and which oversees over 95% of the world’s money supply at the behest of the leading financiers (criminals) of the world.  Bankers would once again be compelled to serve the people whilst the complex and invasive taxation system – so beloved of politicians who use it to excessively micromanage and control our everyday lives – would largely become redundant!

And before any system-serving economist or politician starts bleating that this simple ‘printing of money’ would just lead to inflation, or even hyper-inflation (as witnessed in the 1930s Weimar Republic when Wall Street and the private central banking system engineered financial events against the legitimate government of Germany), the simple truth is that all nations who have embraced the principle of Sovereign National Credit at some point in their history (like the United States with their Colonial Scrip and Greenback Dollars) did not suffer from any damaging inflation.  And anyway, a sovereign nation’s government that’s completely independent of private bankers can simply turn the credit tap off at any point to stop growing inflationary pressures, just as canals use sluices to maintain a constant water level – it’s not rocket science, it’s just good old fashioned common sense that would benefit ALL of us!

So, to conclude, it’s time for all of us, each and everyone of us, to stop wallowing in our collective ignorance about money creation and money supply that allows the bankers and the politicians to walk all over us at their will.  History completely proves that taxation is a lie, that austerity is a lie; that the national debt of £1.7 trillion is a lie; and that poverty itself is a lie!  Please do your own research and support our work and campaigning today.  We are currently creating and organising The NEW Chartist Movement to get this extremely important truth out to everyone in the shortest time possible.

Common Law Constitutional Emergency
August 2018 - The Great Deception begins!
The Rule of Law – “be ye ever so high, the law is above you…” - by Paul Gregory