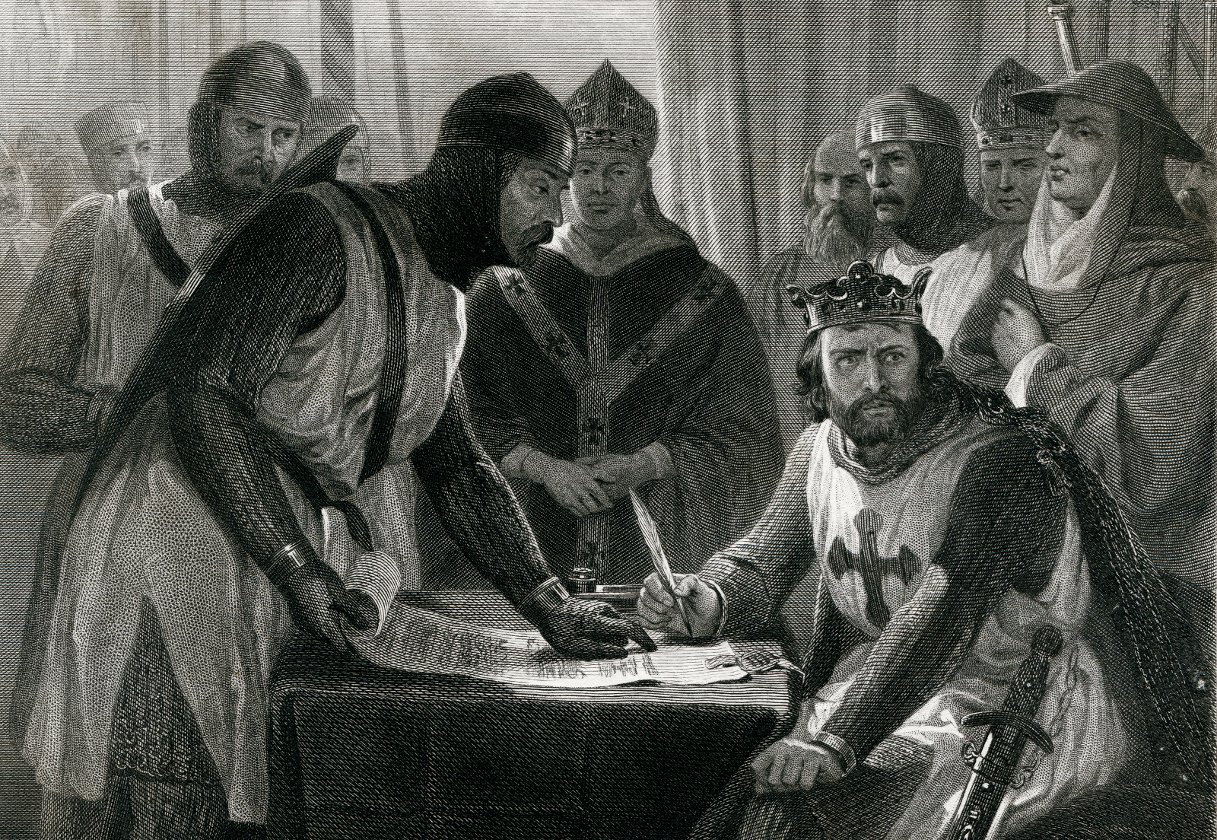 In 2001, one of the most important clauses in the most famous document of the British Commonwealth and English Constitution, the Great Constitutional Security and Restoration Clause, Article 61 of Magna Carta 1215, was invoked lawfully and correctly by the Baron’s Committee, as reported by the Daily Telegraph and acknowledged by the United Kingdoms Head Of State and most senior Public Servant of the Commonwealth, the Monarch Queen Elizabeth 2nd through her Private Secretary, Lieutenant Sir Robin Janvrin in 2001.

British and English Common Law is made up of the most important Universal Natural Law Principles.

Universal Natural Law are principles of the highest wisdom and come direct from the source of all natural Divine creation. They do not come through an institution, a Pope, a banker, a Monarch, the judiciary, a government, a secret society, a religion, a think tank or a corporation.

These principles are also part of all our inherent common sense wisdom.

The Great Constitutional Security and Restoration Clause, what we now recognise as Article 61 of the 1215 Magna Carta, is also a very important natural law principle and unalienable right. We all have the absolute God given right to defend ourselves and our communities from tyranny and criminality. It is also our lawful constitutional duty to do so and we are all compelled by Divine Law to do so also. We're not going to sit around like lab rats for imposed medication to be administered, to help satisfy the agenda of big pharma, crazy eugenicists, Bill Gates and the Rockefeller Foundation, the UN, the WHO and the World Economic Forum. We're also not going to sit around for other dubious 'SMART' technologies to be tested out on us by big telecom tech.

Since the lawful invocation of Clause 61 of Magna Carta in 2001, because the Monarch has continued to break the Constitutional Coronation Oath and has thereby allowed tyranny, danger and harm to be inflicted on her subjects by allowing the Constitutional Law, Sovereignty, Defence and Peace of the Realm to slip and she has failed to reach a satisfactory lawful remedy, the powers of the Head of State, including the Oaths of allegiance to the Monarch, have now lawfully moved over to the Constitutional Barons Committee and all that can prove that they stand under and promote Article 61 of Magna Carta to the best of their abilities.

All Public Servants, managers, officers and even news presenters and anyone claiming they have authority must immediately provide their proof and sincerity of this by presenting a written, dated and witnessed Declaration of Standing, or a valid Oath to the lawful Constitutional Barons Committee, otherwise their claims would only be hearsay and would not carry lawful authority until they can present the evidence of their standing.

It’s unlikely that you’ll receive confirmation and validation of this situation from Public Servants, Government Ministers, the Corporate State Propaganda Media, the Home Secretary, Senior Police or elected Crime Commissioners, Heads of Military, ‘High Court Judges’ or local Magistrates, solicitors or Barristers and any other so called legal expert. However, if anyone does pass comments that try to dismiss, ridicule and undermine our current Constitutional situation, they may find themselves at some stage facing charges of sedition or treason.

These are the facts that yourself as a sovereign man or woman would need to ponder over and decide for yourself by allowing your common sense logic and wisdom to lead you to the truth and keep asking the relevant questions.

The corporate state and their media and supporters may try to bully, intimidate, coerce, threaten and use violence against you. This in itself confirms that they have no lawful authority to fall back on and that they are a fraudulent, aggressive and devious criminal cabal that governs through lies, mind control, propaganda, deception, intimidation, force, fear and manipulation.

The source of all natural creation and wisdom is our true boss and guide and this is what the source to the Rule Of Law actually is, as confirmed in a well known principle of law, that no wo/man or organisation should be above the law and all should be treated fairly and equally equal under it. Only the Divine Creator should be above the law, not a Pope, a king, a President, the military, the police, a government, ‘Supreme Courts’, AI, a corporation, secret societies, think tank charities, the United Nations and religions. Sadly, all religions, although they may give some helpful spiritual guidance at times, are really just another form of government and mind control.

All who claim to stand under Article 61 of Magna Carta 1215 and can demonstrate that they also stand under and promote the natural Divine Common Law principles, will be the only ones to have the true lawful authority in the realm.

All who stand under Artlcle 61 must organise as part of a Common Law Council, ..; to promote, inform and help educate all others about these truths; they need to find lawful remedies to replace unlawful governments, unlawful banking systems, unlawful corporations and industries such as the Corporate State Propaganda Media, Big Pharma, Big Telecom and Tech.

When the people chant, “Choose your side”, what they are expressing is, are you choosing to sell your soul and align with demonic tyrants like the ones of the past such as Hitler, Stalin, Chairman Mao, or are you going to do the right thing for yourself and your family and stand by your spiritual integrity.

When people express, “I do not consent, I do not stand under and contract and make joinder with your alleged authority”, what they mean is that they do not stand under the Corrupt, Deceptive, Immoral and Fradulent Martime System of Criminal Commerce and Piracy, including Unlawful Maritime Statute Legislation.

It will be deemed that those who are not willing to stand under and promote the natural Divine Common Law, are choosing to stand under the criminal corporate commercial maritime Babylonian statute system instead and will be recognised as criminals and outlaws. They will no doubt accrue karma for more miserable life times to be re-tested. "God bless and save their souls, forgive them, for they do not know what they do, for we ourselves were once foolish, ignorant, disobedient, led astray, slaves to various passions and pleasures, passing our days in malice, envy and hatred, .. "

There is currently Common Law Constitutional Lawful Excuse and Duty under Article to Distrain and Distress this Unlawful Regime, lawfully and peacefully until an acceptable Lawful Remedy has been reached - See the invoked Clause 61 of Magna Carta 1215.

All the people of all nations whose constitutions have come from Magna Carta and natural and Common Law can also stand under Article 61 of Magna Carta 1215. This should show peoples true alignment with the principles of Universal Divine Natural Law.

Magna Carta Article 61 Great Constitutional Security And Restoration Clause
August 2018 - The Great Deception begins!
The Rule of Law – “be ye ever so high, the law is above you…” - by Paul Gregory
The Tragedy and Treason of the 1689 'Bill of Rights' - by Kenn d'Oudney